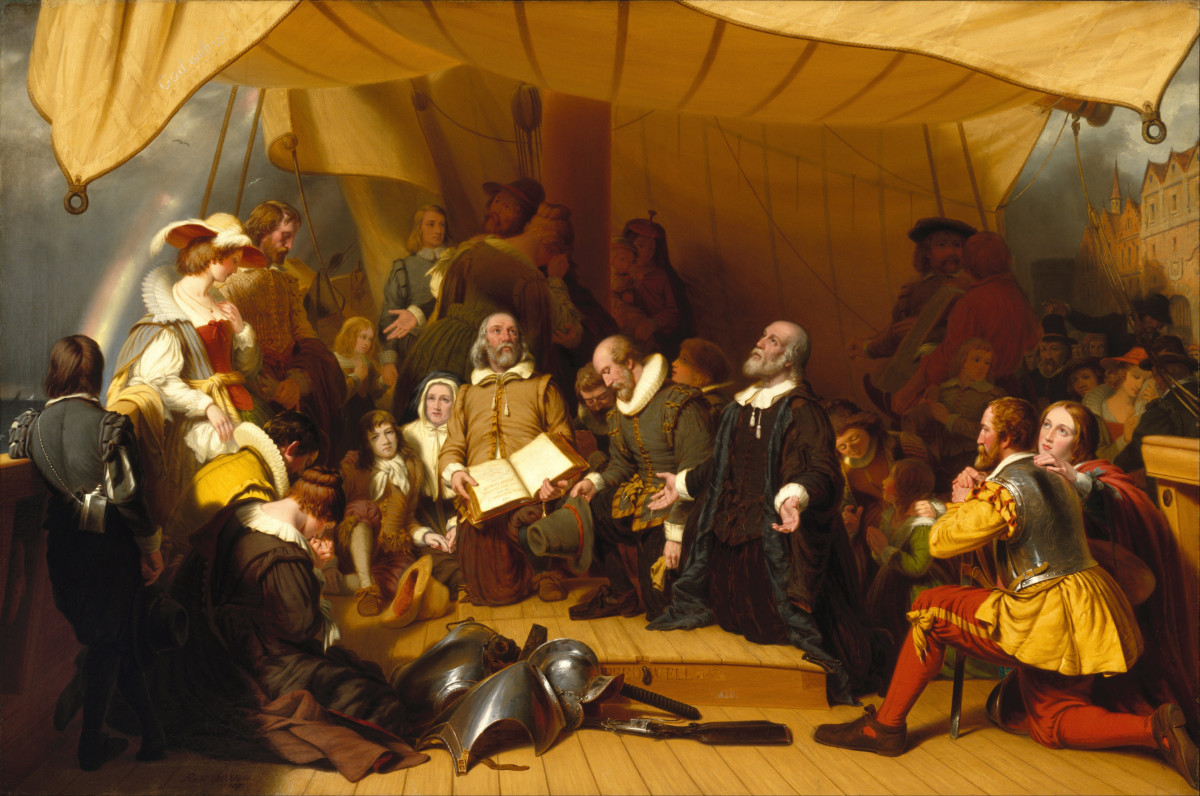 One of my favorite books is William Bradford’s Of Plymouth Plantation. This book is the exciting account of the Pilgrims’ journey and settlement in New England nearly four hundred years ago. When the Pilgrims left for the New World, they were forced to part ways with many of their dearest friends. In fact, the Christian Pilgrims were all members of one local church and the voyage to America caused this church to be fragmented. It was not a negative split—consider the Mayflower contingent a “church plant” across the Atlantic—but it was still painful. The pastor, John Robinson, stayed behind to minister to the saints that remained.

Pastor Robinson’s leadership and love is evident in his final correspondence to the Pilgrims prior to their departure. William Bradford shares the pastor’s final letter in his book Of Plymouth Plantation. I will not reproduce the entire letter here, but I will quote sections and offer some comments. The letter demonstrates a pastor’s wisdom when it comes to the “messiness” of living in Christian community. Nearly four centuries later, it remains highly relevant to the church.

Robinson opens his letter by affirming his great love for the Pilgrims. He laments the pain caused by their departure, describing himself as “a man divided in himself with great pain.” He then prefaces the bulk of the letter by saying why he is writing:

Though I doubt not that in your godly wisdom, you foresee what is applicable to your present condition, I have thought it but my duty to add some further spur, even to those who run already,—not because you need it, but because I owe it in love and duty.

His words remind me of the Apostle Paul, who was eager to remind his readers of what they already knew: “Therefore I intend always to remind you of these qualities, though you know them and are established in the truth that you have” (2 Peter 1:12). The Christian pastor knows repetition is not a bad thing. We should never think we have heard something “enough times” as a Christian.

Pastor Robinson then shares four main exhortations with the Pilgrims: (1) the need for regular repentance, (2) the need to seek peace with all men, (3) the importance of working for the general good, and (4) the need for godly civil leaders. I will comment only on his first two exhortations in this post. (I encourage you to read the entire letter when you are able.)

The Need for Regular Repentance

Pastor Robinson writes that “we ought daily to renew our repentance with our God, especially for our sins known, and generally for our unknown trespasses.” Robinson knew the adventure that awaited the Pilgrims would test them immensely. The last thing he wanted was for unrepentant or hidden sin to work amongst them like a poison. With a journey so potentially perilous, the Pilgrims needed to be constantly on guard against the deceitfulness of sin. However, the Christian life in general must be approached with the same zealousness for holiness and eagerness for repentance. We are told to “keep [our hearts] with all vigilance, for from it flow the springs of life” (Proverbs 4:23). Pastor Robinson knew the single greatest problem the Pilgrims would face would not be sickness, starvation, or savages, but unrepentant sin. The same is true today.

The Need to Seek Peace with All Men

After discussing repentance and “the heavenly peace with God” it brings, Robinson moves on to talk about the need for peace with other people. This section is very powerful. Robinson knew that a group of people forced to live together in trying circumstances can be a recipe for conflict and contention, disagreement and division. However, he gives some of the best advice I have ever read for avoiding the potential pitfalls of living in Christian community. He first relates that we should indeed seek to avoid giving offence when possible, but then spends some time on the all-important necessity of not easily taking offence. He writes,

Nor is it sufficient that we keep ourselves by the grace of God from giving offence, except we be armed also against taking offence when it is given by others. For how imperfect is the work of grace in him who lacks the charity that covers a multitude of offence, as the scripture says…Persons ready to take offence, either lack the charity which should cover offences; or the wisdom duly to weigh human frailty; or lastly, are gross though close hypocrites, as Christ our Lord teaches.

Robinson’s point is clear: we need to be very, very slow to take offence. If someone does something we don’t like, if the “infirmities of one another,” as Robinson writes, cause us to squirm, we need to be vigilant to guard our hearts against murmuring or taking offence. Robinson explains that we need to be careful, “lest when unsuspected qualities appear in men and women, you be inordinately affected by them.” The focus here is that no matter what the other person does, you ought to be working hard at not taking offence. This does not mean you cannot approach a Christian brother and share a concern with him, but it does mean that his actions should not cause you to be “inordinately affected.” You should not think to yourself, “If he does that one more time (or one hundred), I don’t know if I will be able to put up with him anymore.”

Robinson’s insight on this topic is apparent. He writes, “In my own experience I have found few who are quicker to give offence, than those who easily take it. They who have nourished this touchy humour have never proved sound and profitable members in societies.” It is this “touchy humour” that can so easily create unnecessary division. To put it in the modern vernacular: we need to stop being so sensitive.

Robinson, understanding the nature of their quest, wrote to the Pilgrims, “The plans for your intended civil community will furnish continual occasion of offence, and will be as fuel to the fire, unless you diligently quench it with brotherly forbearance.” The solution is not to try really hard to never disagree—or even try to disagree less—the solution is that we forbear with one another in the midst of our differences. God’s Word affirms the validity of Robinson’s concerns. We are told to bear “with one another and, if one has a complaint against another, [forgive] each other” (Colossians 3:13). We are to “bear with one another in love” (Ephesians 4:2). This is what will “maintain the unity of the Spirit in the bond of peace” (Ephesians 4:3).

After discussing the other two points (the general good and godly civil leaders), Robinson closes with a lovely benediction and prayer for the Pilgrims, asking that God would “so guide and guard you in your ways, as inwardly by His Spirit, so outwardly by the hand of His power, that both you and we also may praise His name all the days of our lives.”

This letter is just one tiny glimpse of Pastor John Robinson’s passion for the church. Clearly, this pastor inspired the Pilgrims. He labored for years as their spiritual shepherd in Holland, no doubt teaching on the topic of taking offence. His influence is evident in a letter from Robert Cushman to John Carver. Cushman opens his letter to his “loving friend,” by stating, “I have received some letters from you, full of affection and complaints.” It is only in the midst of a godly community that both affection and complaints can be so naturally and openly intermingled. Cushman closes his letter to Carver with words that I will use to close this post: “Think the best of all, and bear with patience what is wanting, and the Lord guide us all.”