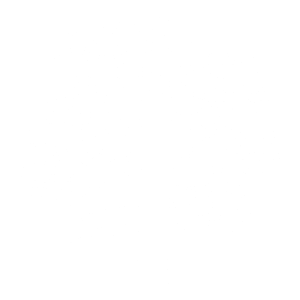 The Puritan sermon remains one of the most majestic memorials to an incredible period in church history. Every Puritan sermon stands as a testament to a devotion to Scripture and its logical consequences in daily living. Jonathan Edwards, arguably the greatest American theologian to have lived, has left behind a legacy for posterity. Among this legacy, are a plethora of Edwards’ sermons. Each sermon was crafted and prepared for a certain occasion and for a specific audience. One such sermon, “Christ Exalted,” is demonstrative of the Puritan sermon. It fits nicely within the genre of the Puritan sermon. The preacher’s intent is clearly perceived and the application of the sermon is apparent in its outworking.

Jonathan Edwards’ sermon, or lecture, “Christ Exalted,” was delivered in August of 1738. Edwards was in his mid-thirties and had already helped spark the Great Awakening. The great spiritual revival was still expanding—George Whitefield’s arrival two years later in 1740 would bring “about the most widespread revival that the colonies had ever experienced” (Edwards, 2005, p. xv). Therefore, “Christ Exalted” was delivered during a period of blessing and optimism in New England. The combination of God’s blessing via revival and Edwards’ eschatological outlook led him to the position outlined in “Christ Exalted.” Christ, Edwards taught, is gloriously exalted above all evil. Edwards has been described by one writer as “one of the quietest, least spectacular, most academic of preachers, [who] came to his sermons by way of a rigorous discipline no less intellectual than moral and spiritual” (Cowan, 1969, p. 25). The final product of Edwards’ sermon preparation is fitting of such a description—a carefully calculated and logically reasoned treatise on a particular doctrine.

The sermon, “Christ Exalted,” consists of three main sections, defined by Edwards under the following headings:

The heart of the sermon lies in how Jesus Christ “appears gloriously above all these evils.” Edwards spends most of the sermon explaining this second point. However, in order to logically and poignantly drive this point home, Edwards first belabors the existence and dreadfulness of evil. If the hearers did not grasp the reality of evil, it would be impossible to grasp how Christ is exalted above these evils. This logical prerequisite in the outline is typical of the Puritan sermon. Every point had to be proven from Scripture, logic, or experience. Nothing was to be taken for granted. Edwards elucidates on the “exceeding height” of evil in the world by describing six aspects or consequences of this exaltation of evil: Satan’s victories in the world, the ubiquity of guilt, the corruption of the human heart, the prevalence of evil rulers, the pervasiveness of misery among mankind, and the reality of death. After working through these six aspects of evil’s exaltation, utilizing history and Scripture alike, Edwards concludes the first section in the following summarization: “So have evils of every kind prevailed, and to such a degree have they exalted themselves in the world” (Edwards, 2005, p. 255). Edwards was clearly not naïve to the reality of evil and sin in the world. This is significant because many critics of postmillennialism—the eschatology of Jonathan Edwards—opine that such an eschatology ignores all the problems in the world. However, such a criticism could not be leveled against Edwards, “America’s first major postmillennial thinker” (Goen, 1959, p. 38). The detail concerning evil in the first part of “Christ Exalted” leaves the listener humbled and depressed, desperate for a remedy to the evil presented. It is only after this introduction that Edwards moves to how Christ has triumphed over evil.

The bulk of the sermon consists of a reasoned explication of how Christ, via his work of redemption, has appeared “gloriously above” all the aforementioned evils. Edwards explains six ways Christ is exalted over these evils. Christ, Edwards notes, appears exalted by his atonement, his resurrection and ascension, his work in the hearts of the elect, his glorifying of saints in heaven, his providence over the world, and the consummation of all things. Edwards carefully and systemically explains how Christ is greater than each of the evils mentioned. For example, relating to the corruption of the human heart: “In this Christ appeared above all of the corruption of man, in that hereby he purchased holiness for the chief of sinners” (p. 256). Regarding Satan, Edwards proclaims: “[Christ] slew Satan, as it were, with his own weapon, the spiritual David cut off this Goliath’s head with his own sword, and he triumphed over him in his cross” (p. 256). Each explanation is typically followed by a proof text from the Scripture, in the case of the previous two, Hebrews 2:14 and Colossians 2:15, respectively.

A distinctly postmillennial portion of this lecture focuses on how Christ triumphed above “these evils, in what he does in his providence in the world” (p. 258). Jonathan Edwards did not view Christ’s exaltation as merely an individual reality, but as something which impacted the entire world. He begins by commenting on how the “remarkable success of his gospel, soon after his ascension” is a triumph of Christ over his enemies: “The gospel in a little time overthrew Satan’s old heathenish kingdom in the whole Roman empire, which was then the main part of the world” (p. 258). Edwards, however, believed Christ would triumph in the course of all human history: “And [Christ] will yet far more gloriously triumph over Satan and all his instruments, in all the mighty kingdoms that have been set up in opposition to the kingdom of Christ” (p. 259). Edwards then goes into some of his unique perspectives on the outworking of his postmillennial vision. He concludes this section  by pointing to the final consummation of all things as being the final exaltation  of Christ over all evil: “Then will be completed the whole work of redemption with respect to all that Christ died for, both in its interpretation and application” (p. 260). Thus, Edwards was able to hold to a strongly optimistic view about the future and also maintain that the final victory would only come at the consummation of human history.

The final, and briefest, part of the sermon consists of the application of the subject. Edwards explains how this doctrine is a “matter of exceeding great encouragement for all sinful miserable creatures in the world of mankind to come to Christ” (p. 262). Here he moves from logical and biblical reasoning to an impassioned encouragement to his listeners.

How high soever their guilt has risen, though mountains have been heaping on mountains all the days of their lives, till the pile appears towering up to heaven, and above the very stars; yet Christ in the work of redemption appears gloriously exalted above all this height. (p. 262)

The application of biblical doctrine was an essential ingredient in any Puritan sermon. Those who “have an interest in Christ…may triumph over Satan, over this evil world, over guilt, and over death” (p. 262-263).

Jonathan Edwards’ intention in “Christ Exalted” was clearly to encourage his hearers to see and embrace Christ as bigger than all the problems in the world. This sort of applicable optimism is a characteristic of many of the Puritans. By first laying out the dramatic results of sin, Edwards is following the general principle made popularized by the Puritan Thomas Watson: “Till sin be bitter, Christ will not be sweet.” This concept of first explaining the negative—in this case the exaltation of evil in the world—is a useful construct in leading hearers to the desired conclusion. Edwards, along with other Puritan preachers, goes beyond simply explaining the points in his outline, he proves them, both logically and scripturally.

It is this type of careful reasoning that helps define the Puritan sermon as a genre. Distinct from other addresses and certainly distinct from the modern-day sermon, the Puritan sermon was a carefully developed, usually intellectually challenging, oration on divine truths applied to earthly individuals. It is no surprise that the sermon received such attention, as “the Puritans were unanimous in saying that the pastor’s primary task was preaching” (Ryken, 1990, p. 93). The Puritans wholeheartedly believed that the mind was central in Christianity: “Puritan preachers assumed the primacy of the intellect as the channel through which God spoke to people and convicted them of the truth” (97). This commitment to intellectual soberness led the Puritans to carefully structure their sermons, generally following a common pattern.

If we regard the biblical text as preliminary to the sermon proper, we end up with the following three parts of the sermon: (1) interaction with the surface meaning of the text, (2) deducing doctrinal or moral principles from the text, and (3) showing how those principles can be applied in daily Christian living. The logic and comprehensiveness of the scheme are impeccable. (Ryken, 1990, p. 100)

The Puritan sermon is easily recognizable, contains common aspects regardless of the preacher, and has the same goal for each message (the application of divine truth). This makes it one of the most distinct genres in American literature.

One of the most important aspects of the Puritan sermon was its application. Leland Ryken describes this “emphasis on practical application of doctrine to life” as “one of the most attractive features of Puritan preaching” (p. 101). The Puritan John Preston is quoted as saying, “There is not a sermon which is heard, but it sets us nearer heaven or hell” (qtd. in Ryken, p. 91). This unwavering commitment to the relevance and necessity of application is a hallmark of the Puritan sermon. Jonathan Edwards’ “Christ Exalted” is no exception. The eighteenth century listeners of Jonathan Edwards heard a message that applied to them. The first several generations of Puritans had come and gone. The legacy that they wanted to leave behind had fallen on hard times. The Great Awakening had brought a much needed boost in terms of spiritual vitality, but much was still to be desired. For this reason, Jonathan Edwards sought to bolster and encourage the resolve of his hearers, in order to keep their hopes alive and the expectations high. Due to Edwards’ view of the advancement of the kingdom of God in human history, it was only proper for him to seek to remind his audience of the sure victory of Christ of all evils.